Environmentalists frequently describe Cancún as a textbook example of environmentally-destructive Big Tourism. They claim the explosion of the resort city paid no attention to the natural context and in the process destroyed many ecosystems, including the unique mangroves that once lined the coast.

Indeed, this spring break hot spot in the Mexican state of Quintana Roo on the Yucatan Peninsula ticks off pretty much all the boxes of what authentic, sustainable, responsible travel experience should not be.

The city made it to the top of The Telegraph’s honorable list of Fabulous Fakes — beating Dubai and Atlantic City — a line-up of destinations that were designed purely for tourism rather than rising slowly as genuine organic communities.

Almost nothing existed in the area — beyond unspoiled beachfront and tropical jungle — when construction began around 1970. The official population of Cancún at the time was… 3, and the Mexican government was forced to finance the first hotels in the hope of attracting visitors.

It worked. Fast forward 50 years, the area is home to resorts with over 50,000 hotel rooms, the population is nearing a million, and the annual visitor number exceeds 5 million. It has also led to the transformation of the neighboring former quiet village of Playa del Carmen into the centrepoint of what we know today as the “Riviera Maya”.

(Further south Tulum is dealing with overdevelopment and overtourism issues of its own. With its eco-chic hotels, yoga retreats, Mayan ruins, luscious jungles and turquoise ocean, the Mexican town of Tulum has become the new bohemian hotspot. But at a devastating cost to the environment.)

Cancún has grown to be a first world city with 5 star hotels and shopping, and third world services just a few miles away.

The original plan called for a tourist zone and a separate residential area for the locals. But as tourism grew, it attracted an unprecedented influx of migrants from Mexico’s impoverished southern states in search of employment. They settled on the ouskirts of the city, where the makeshift homes feel a world away from the luxuries of the hotel zone.

Many of those neighborhoods lack basic services. Local residents recently celebrated the 15th anniversary of a giant pot hole that still hasn’t been fixed. They even threw a birthday party — it was the quinceañera afterall…

Essentially, Cancún has grown to be a first world city with 5 star hotels and shopping, and third world services just a few miles away, which raises uncomfortable questions about the benefits of tourism.

While exact information on labour conditions is hard to come by as a lot of it goes unreported, environmentalists do have the data at their disposal.

By destroying the same natural attractions that it tries to sell, the area is killing the goose that lays the golden eggs.

The changes to the landscape have been so rapid that it’s difficult to take in. For context, in 2006 Playa del Carmen was believed by some sources to be the fastest growing city in the world.

Such accelerated coastline overcrowding has affected vegetation, sand dunes ecosystem, and turtle nesting sites. The extensive sand-mining in support of large scale construction projects have contributed to erosion of beaches. The creation of the necessary tourism infrastructure such as airports, roads, resorts or golf courses, have been accompanied by extensive deforestation, destruction of mangroves and filling of wetland areas, despite them having legal protection under Mexican law.

As for the mangroves, aside from being home to thousands of birds and other animal species such as crocodiles, they were the breeding and regenerative ground for fish that are exploited commercially, as well as an effective way of breaking the destructive force of hurricanes. They also used to restrict the rapid flow of freshwater into the marine environment, creating the conditions that are ideal for the development of coral reefs.

That’s no longer the case. A fragile marine ecosystem that it is, the Great Mesoamerican Reef is under a serious threat not only because of the loss of mangroves, but mainly due to shoreline resort development, trampling by excessive numbers of divers, ship groundings and pollution from sewage. Ironically, the reef provides storm protection to the very shoreline hotels that destroy it; and contributes to the development of white sand beaches that Cancún is so famous for in the first place.

Success of Cancún is based upon the natural resources of sun, sand, and sea. Except sun, they are now subject to depletion.

Sadly, the reality is that most large hotel developers look for a return on investment of two to three years. As a result of this short-term thinking, investors have no interest in the future of the destination, and therefore show little commitment to the environmental and social impact.

Turns out it’s bad for business, if nothing else.

Researchers such as Greenpeace Oceans campaigner and biologist Dr Miguel Rivas are pointing out that uncontrolled development is spoiling the natural attractions that bring in visitors in the first place. As he told Equal Times: “In Riviera Maya we are worried by a growth model that doesn’t take into account the carrying capacity of the area. In destroying the same natural attractions that it tries to sell, the area is killing the goose that lays the golden eggs.”

Or as Nadia Padilla of GreenCancun.org puts it, the success of Cancún is “fundamentally based upon the natural resources of sun, sand, and sea. Except sun, they are now subject to depletion.” 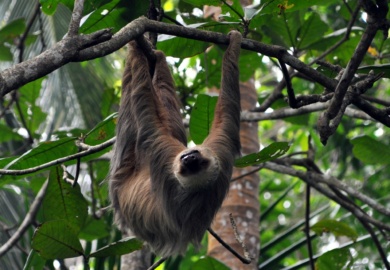 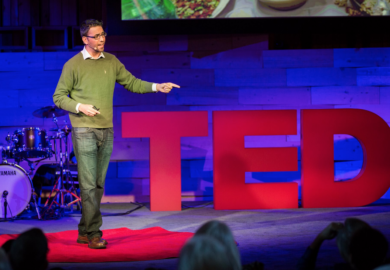